The Snow Leopard (Panthera uncia or Uncia uncia) is a moderately large cat native to the mountain ranges of Central Asia. The classification of this species has been subject to change, and as of 2000, it is still classified as Uncia uncia by MSW3 and CITES Appendix I. However, with more recent genetic studies, the Snow Leopard is now generally considered as Panthera uncia and classified as such by IUCN. Classically, two subspecies have been attributed, but genetic differences between the two have not been settled. The Snow Leopard is listed on the IUCN Red List of Threatened Species as globally Endangered.

The Snow Leopard is one of the many species that we photograph on my wildlife photography workshops. You can learn more about my workshops online at www.wildlifeworkshops.com.
© 2021 Jeff Wendorff. All Rights Reserved. 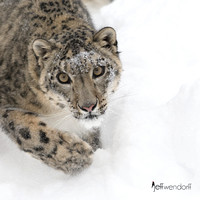 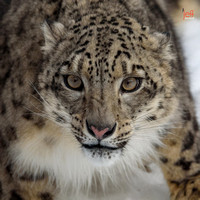