The Grizzly Bear is one of the many species that we photograph on my wildlife photography workshops. You can learn more about my workshops online at www.wildlifeworkshops.com.
© 2021 Jeff Wendorff. All Rights Reserved. 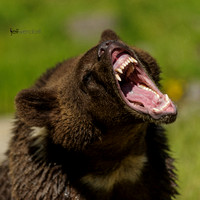