Wren Wiki
Wrens are mostly small, brownish passerine birds in the mainly New World family Troglodytidae. About 80 species of true wrens in roughly 20 genera are described. Only the Eurasian Wren occurs in the Old World, where in Anglophone regions, it is commonly known simply as the "wren", as it is the originator of the name. The name wren has been applied to other, unrelated birds, particularly the New Zealand wrens (Acanthisittidae) and the Australian wrens (Maluridae).

Most wrens are small and rather inconspicuous, except for their loud and often complex songs. Notable exceptions are the relatively large members of the genus Campylorhynchus, which can be quite bold in their behavior. Wrens have short wings that are barred in most species, and they often hold their tails upright. As far as known, wrens are primarily insectivorous, eating insects, spiders, and other small arthropods, but many species also eat vegetable matter and some take small frogs and lizards.

Want to take your bird photography to the next level? Check out Wildlife Workshops and you'll find a photography workshops that is perfect for you!
© 2021 Jeff Wendorff. All Rights Reserved. 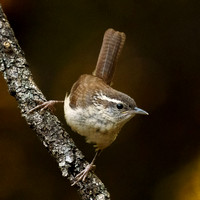 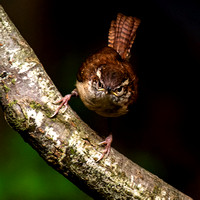 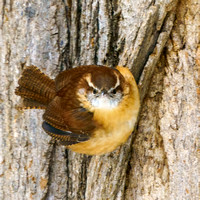 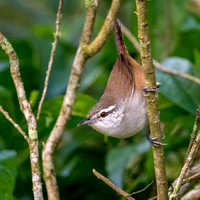 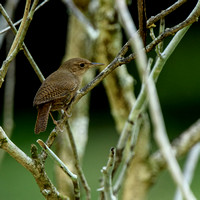