Jeff Wendorff's bird photography portfolio of Cardinals and Pyrrhuloxia from the family, Cardinalidae.

Cardinal Wiki
The Northern Cardinal (Cardinalis cardinalis) is a bird in the genus Cardinalis; it is also known colloquially as the Redbird, Common Cardinal or just Cardinal (which was its name prior to 1985). It can be found in southern eastern Canada, through the eastern United States from Maine to Minnesota to Texas, and south through Mexico, Belize, Guatemala and Big Island of Hawai’i. Its habitat includes woodlands, gardens, shrublands, and wetlands.

The Northern Cardinal is one of three birds in the genus Cardinalis. The others are the Vermillion Cardinal and the Pyrrhuloxia aka Desert Cardinal

The common name, as well as the scientific name, of the Northern Cardinal refers to the cardinals of the Roman Catholic Church, who wear distinctive red robes and caps. The term "northern" in the common name refers to its range, as it is the northernmost cardinal species.

The most obvious differences between the male Desert Cardinal and the Northern Cardinal are in their coloring. The Desert Cardinal is predominantly brownish-gray with a red breast, a red mask, and a yellow, parrot-like bill that is stout and rounded. The females of the two species resemble each other much more closely, but the shapes of their bills are diagnostic. The songs of the two species are identical, though the Pyrrhuloxia's is not quite as loud. This cardinal retains the distinctive long, pointed, red crest present in all species.

Collective Noun - Cardinals
A group of cardinals are referred to as a college, conclave, deck, radiance, Vatican.

The poor Pyrrhuloxia does not babe a known collective noun, but I think that a blaze would be perfect!

Photography Workshops and Tours
Check out my wildlife and nature workshops at Wildlife Workshops.

My photography blog at jeffwendorff.com has more images and some cool info about wildlife and nature photography.
© 2021 Jeff Wendorff. All Rights Reserved. 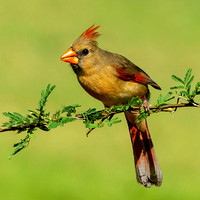 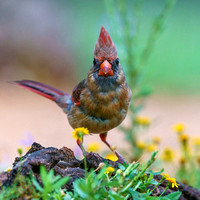 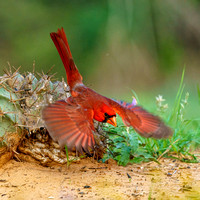 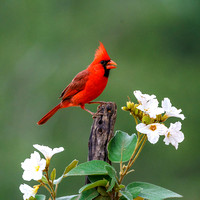 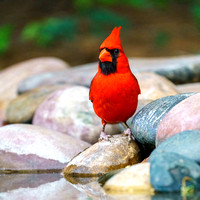 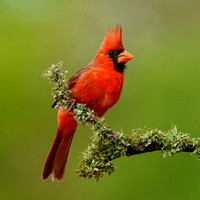