The Amur Leopard (Panthera pardus orientalis) is a leopard subspecies native to the Primorye region of southeastern Russia and Jilin Province of northeast China, and is classified as Critically Endangered since 1996 by IUCN. Only 14–20 adults and 5–6 cubs were counted in a census in 2007, with a total of 19–26 Amur leopards extant in the wild. There are only about 400 of these animals in captivity and it is certainly the most endangered big cat in the world

The Amur Leopard is also known as the Far Eastern Leopard.

The rarity of the Amur Leopard makes it highlight of the many species that we photograph on my wildlife photography workshops. You can learn more about my workshops online at www.wildlifeworkshops.com.
© 2021 Jeff Wendorff. All Rights Reserved. 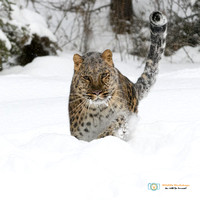 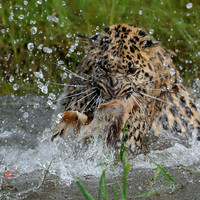 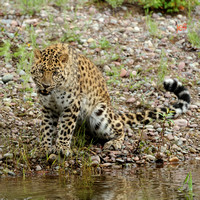 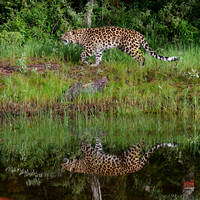 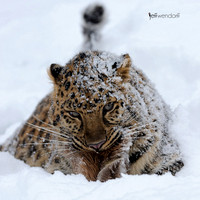